AN UPDATE ON THE JOINT XXIV IGC and XI IRC CONGRESS – KENYA, OCTOBER 2021

(From the Range Management Newsletter 21/1) 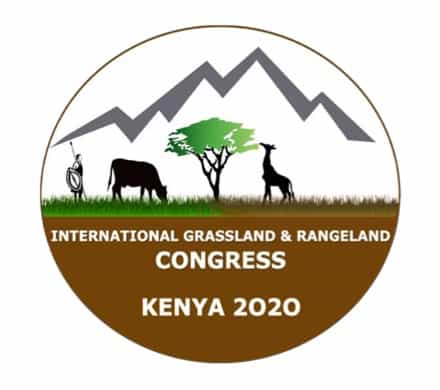 The Joint XXIV IGC and XI IRC congress is still going ahead from October 25 – 30, 2020.  The dynamic situation with the world-wide Covid-19 situation means that both a face-to-face and virtual congress are being planned at the moment. A FINAL decision will be made this month, regarding the exact details, which will be emailed to everyone who has submitted a paper, advertised widely as well as being available on the web-site: http://2021kenya-igc-irc.rangelandcongress.org/  The National Organising Committee meeting is scheduled for 28th April, so watch for the announcement soon after this meeting.

The conservancies of Kenya are one of the topics which will be discussed within the overall congress theme of “Sustainable Use of Grassland and Rangeland Resources for Improved Livelihoods’.  Conservancies were formed to promote better land management, integrating wildlife management and farming practices to reduce degradation and foster ecological, socio-cultural and economic sustainability.

One such conservancy is Samburu National Reserve, located in the north of Kenya in Laikipia country. As the name suggests, this is the traditional homeland of the Samburu people. Here the greenness of the Rift Valley links with the more arid savannah plains of the north. It features Kenya’s biggest river, Ewaso Ng’iro which provides a haven for wildlife and birdlife is adundant with over 450 species recorded. The area is home to the famous Big 5 – lion, leopard, elephant, buffalo, rhino – as well as the “special big 5” – reticulated giraffe, beisa oryx, Grevy’s zebra, gerenuk & Maasai ostrich.

The establishment of this Samburu National Reserve in 1985 brought tourism to the people of Samburu who before only survived on animal husbandry as their primary source of livelihood. With time, poor land use practices like overgrazing have posed a major threat to the future security of these wildlife, the local people and their livestock. In 2004, Daniel Letoiye founded the Westgate Community Conservancy which borders Samburu National Conservancy to its south, Kalama Community Wildlife Conservancy to its east and Namunyak Wildlife Conservation Trust to the north. The various conservancies have slightly different land management approaches, which will be explored during Congress tours as well as in papers presented. The aim of the congress is to promote the interchange of scientific and technical information on all aspects of grasslands and rangelands: including grassland and rangeland ecology; forage production and utilization; livestock production systems; wildlife, tourism and multi-facets of grassland and rangeland; drought management and climate change in rangelands; pastoralism, social, gender and policy issues and capacity building, extension and governance.

Watch these short videos for an introduction!!!!!