(From the Range Management Newsletter 17/1)

This article reports on a far west NSW case study which is part of the research project:  “Who cares about land degradation neutrality?  Exploring the rift between global discourses and local perspectives in far west New South Wales”

Land degradation is one of the world’s most widespread and significant environmental issues. However, degradation’s broad definition as a decline in the productivity or complexity of land makes it a notorious issue to assess and measure. Calculations of the extent of global degraded drylands have varied between 4% and 74%. Wildly contrasting results have come from different methods or sources of information – for example through expert opinions, remote sensing techniques, socio-economic information or biophysical modelling. There appears to be a weak connection between how different stakeholders conceptualise the problem, and this could have serious consequences for people living on land that others judge to be degraded.  We aimed to uncover discrepancies that highlight the contextual nature of the problem, in order to improve the relevance of international approaches. The far west of New South Wales was selected as the local case study because it has significantly changed due to land management decisions, including land degradation so severe that it inspired one of Australia’s first Royal Commissions in 1901, and one of the world’s first regeneration areas (around Broken Hill).

In October 2015, 18 interviewees provided their perspectives of land degradation, sustainable land management, environmental issues, institutional influences and the idea of land degradation neutrality. Of the 18, 10 were pastoralists, 4 were employed in different levels of government and 4 were other local stakeholders (Aboriginal or opal mining stakeholders). Other stakeholders were self-excluded (various land management organisations, larger mining companies and corporations). The far west case study region is shown below.

These maps have been modified from copyright images from (left) State of New South Wales and Office of Environment and Heritage 2011 and (right) the Department of Finance, Services & Innovation 2016.

Overgrazing, while still occurring at least in isolated cases, was largely seen as preventable through management, particularly requiring attention to be paid to pests and weeds. There are contrasting attitudes towards many species as a ‘pests’ or ‘resources’ to varying degrees. Kangaroos were mainly seen as extensive pests with little value as a resource in the current market, while rangeland goats inspired particularly strong attitudes either about their environmentally destructive qualities or their financially valuable qualities, aided by their increasing presence in the region as well as the profitable international goat meat market.

While to some the greatest problem regarding land degradation in the region is the spread of ‘invasive native scrub’, there appears to be some shifting perceptions where its value for ecosystems and soil is increasingly noticed. Some stakeholders did not see the issue of woody weeds as being clearly negative, with native scrub providing groundcover, windbreaks and carbon sequestration for example. The ‘nativeness’ of a species did not appear to factor into whether they were considered to be a pest or weed problem by most participants. 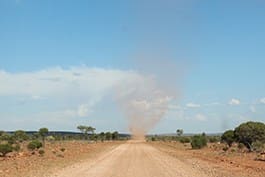 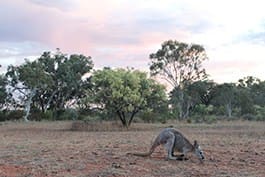 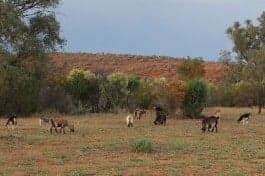 Different types of land managers had different perspectives of legitimate land uses. The qualities of dorpers and damaras compared to merinos was seen as either a positive or negative trait, as a matter of perspective: being able to persist further through drought could lead to greater income security, but it could also create further pressure on land degradation through overgrazing which affects income in the long term. Similar concerns were raised about goats. Sustainability was seen as pragmatic, resourceful and mainstream, with inter-generational aspects – at least within pastoralists’ own families – being a strong motivator for sustainable land management.

For the pastoral land managers, the most important sign of good land management was the maintenance of groundcover, through the management of total grazing pressure, involving both domestic and unmanaged grazers as well as infrastructural changes. While rotational grazing is often recommended in literature, stakeholders from this case study region were critical of its applicability to their context, given unpredictable rainfall patterns, dispersed vegetation and water supplies, and logistical infrastructure challenges and costs associated with the large scale of their properties.

The semi-arid or arid qualities of the environment also lead to criticisms about restorative tree planting. However, there was widespread belief in the ability of the vegetation to bounce back and regrow naturally, given an appropriate amount of time needed for this process. In this sense, the best rehabilitation technique was often seen to be to let the land rest, while this would still involve management in keeping certain fauna and flora species out of the restoration area. Compensation would also be sought from land managers locking up land for environmental reasons. Some more intensive rehabilitation techniques were also regarded positively (contour furrowing and waterponding), but only in site-specific conditions and to a limited extent. In general, there was the overriding perspective that there was not much that could be done by land managers to restore degraded land, other than to provide the conditions that allow natural regenerative processes to thrive. 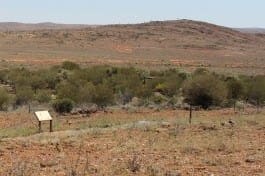 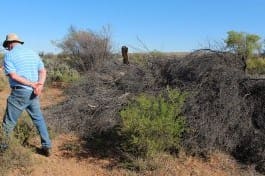 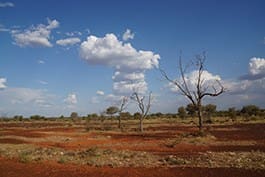 Regional water management was perceived to be connected to land degradation. The perceived mismanagement of the Darling River and Menindee Lakes inspired a resounding concern from many of the stakeholders. Responsibility and blame was variously placed on the Murray Darling Basin Authority, cotton irrigators upstream, demands from South Australian water users downstream, as well as dams on farming properties along the water catchment. The concern for the water represents a complex interstate, inter-regional, intergenerational and interdisciplinary challenge.

In contrast, few participants were concerned about the potential effects of climate change on the region, despite the literature’s connection between climate change and land degradation. By perceiving widespread changes over a large time frame, industrialised human impacts are seen as minimal in comparison and of little impact to the idea of a natural climatic cycle. Instead, the current rhetoric about climate change was perceived by some as a political attempt to further marginalise and blame country people, while urban people and big business practices were seen as bigger culprits. Nonetheless, there were multiple observations of confusing or unexpected current climatic patterns, although their observers were unwilling to attribute their cause to climate change. While most participants were unconvinced about climate change, many expressed willingness to partake in climate-based initiatives (if given private incentives) and described their management styles as adaptive to the fluctuations of the climate, regardless of the reasons for its variations, suggesting that ‘believing in’ climate change is unnecessary for land managers in this region to respond appropriately to its threats.

While the prevalence and membership of Landcare varied significantly within the case study region, an overall decline in activity was noticed. This was particularly associated with changes to funding, allowing individuals to receive incentives from the Local Land Services, although some Landcare groups remained strong for activities that work best when coordinated together, such as pest management.

The Local Land Services is a major interface for the government to interact with land managers, helping customers to improve their land through training and incentives, and while some were happy with their level of interaction, others felt that their approach was too ‘one size fits all’, restrictive, or too stretched with their resources to achieve a proper impact. Frustrations with the bureaucratic nature of state and federal government departments, their unawareness of the local realities, power imbalances and perceived weak consultation were alongside sentiments that local community members are best positioned to influence positive changes in land management – sentiments shared by pastoralists and local/regional government staff alike. While some participants were concerned about their relative isolation from the rest of the state and their lack of services (such as Internet connectivity issues), others (notably the White Cliffs community) discussed the benefits of self-organisation. Similar to other research into rural Australians’ preferred policy instruments, the respondents indicated a preference for mechanisms that supported their independence.

One of the key aspects of this research was to investigate the relevance of the United Nations’ concept of land degradation neutrality, that is, to prevent the crisis of worldwide land degradation (particularly in dry lands) through sustainable land management and counterbalancing continued degradation through the rehabilitation of land elsewhere. The initial responses to land degradation neutrality from participants indicate that, in the absence of a particular scheme or policy, there is a general scepticism to the introduction of a new goal to combat land degradation in their area. Reasons for the scepticism included uncertainty about what degradation would need to be ‘counterbalanced’, belief in the ability of current land managers to keep things under control without external input or influence, and a perception that the concept did not overly suit their climatic context and land management practices.

The main arguments that have been drawn from this case study are that measuring land degradation depends on perspectives; international recommendations for sustainable land management practices need to better account for local contexts; there are multiple benefits for letting land restoration and rehabilitation take time; there is some potential to address land degradation with other environmental issues but there are also some incompatibilities; and collaborative approaches which maintain land managers’ independence are potential ways forward.

The new global Sustainable Development Goals include a target which aims to achieve a land degradation neutral world by 2030, including the restoration of degraded land and land affected by droughts and floods. Therefore, bridging the gap in ways we perceive land degradation is a high priority. These results are discussed in more detail in a Master of Philosophy (Environmental Management) thesis (which is available on request), and will be published in journal articles, to be shared with relevant natural resource management authorities.