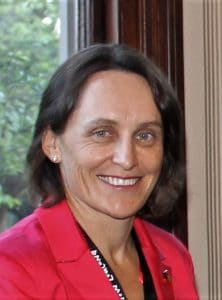 As a teenager I would stand atop the limestone cliffs of my home and look northwards to the cliffs on the other side of the valley. Ten-inch rainfall country; it was always thirsty and brown. Except for the thin green ribbon that clung to the life-giving artery of the River Murray, thirty metres below my feet.

Those northern cliffs marked the start of the rangelands. But I didn’t know that’s what they were called. I just knew that the untamed country north of the river was different. It was “The Interior”: a fire-breathing dragon in the summer and a bitter crone in the winter. But I loved her all the same.

University called me away to the city where I thought a lab coat was my destiny. Ha! A semester of rangeland ecology in third year, including a week at the Middleback Research Centre, and I was gone for all money. I am so grateful to have been part of the Bob Lange era, he was an inspiration to many students and postgrads. I can still picture him at Red Rock on Roopena Station in his khaki overalls, his booming voice echoing around the rock walls. A true force of nature.

Since then, I have been inspired by many other rangeland marvels – the Bunda Cliffs of the Great Australian Bight, the rugged ranges of the Centre, desert dunes……the Royal Mail Hotel in Meekatharra. Each one of them an opportunity to reflect upon how lucky I have been to live and work in some of the most unspoilt parts of Australia.

These days I stand atop porcellanite cliffs and look northwards to the Arafura Sea. Seventy-four inch rainfall country; hydrated and green, or thirsty and brown, in equal measure. I turn my back on the waves so I can look south to the rangelands. Towards “The Interior”: a fire-breathing dragon in the summer and a bitter crone in the winter. I love her still.

I look forward to seeing you all at Longreach in October!