IN PRAISE OF GROUNDCOVER

(From the Range Management Newsletter 20/2)

As the weekly or even daily dust storms of last spring and summer in NSW have been constant reminders, considerable amounts of soil and plant nutrients have been lost from the rangelands during the current drought.

The NSW Soil Knowledge Network has turned its attention to the critical role of groundcover in providing protection for soil and the microenvironment of plants, and has posted a Position Statement (or “words of wisdom”) on our website www.nswskn.com

Research in the 1970’s by the Soil Conservation Service of NSW determined the relationship between groundcover levels and rainfall runoff and soil loss. In open, sloping grazing lands in the east of the state a minimum cover level of around 70% was found to be required to minimise water erosion (Lang,1979). In flatter grazing lands on the western plains this gradually reduced to about 40%. In semi-arid and arid rangelands, because groundcover is not continuous even in good seasons, a groundcover weight of about 200-300kg/ha has been indicated as the stage at which stock should be removed to maintain soil protection and relieve pressure on native perennial plant species. 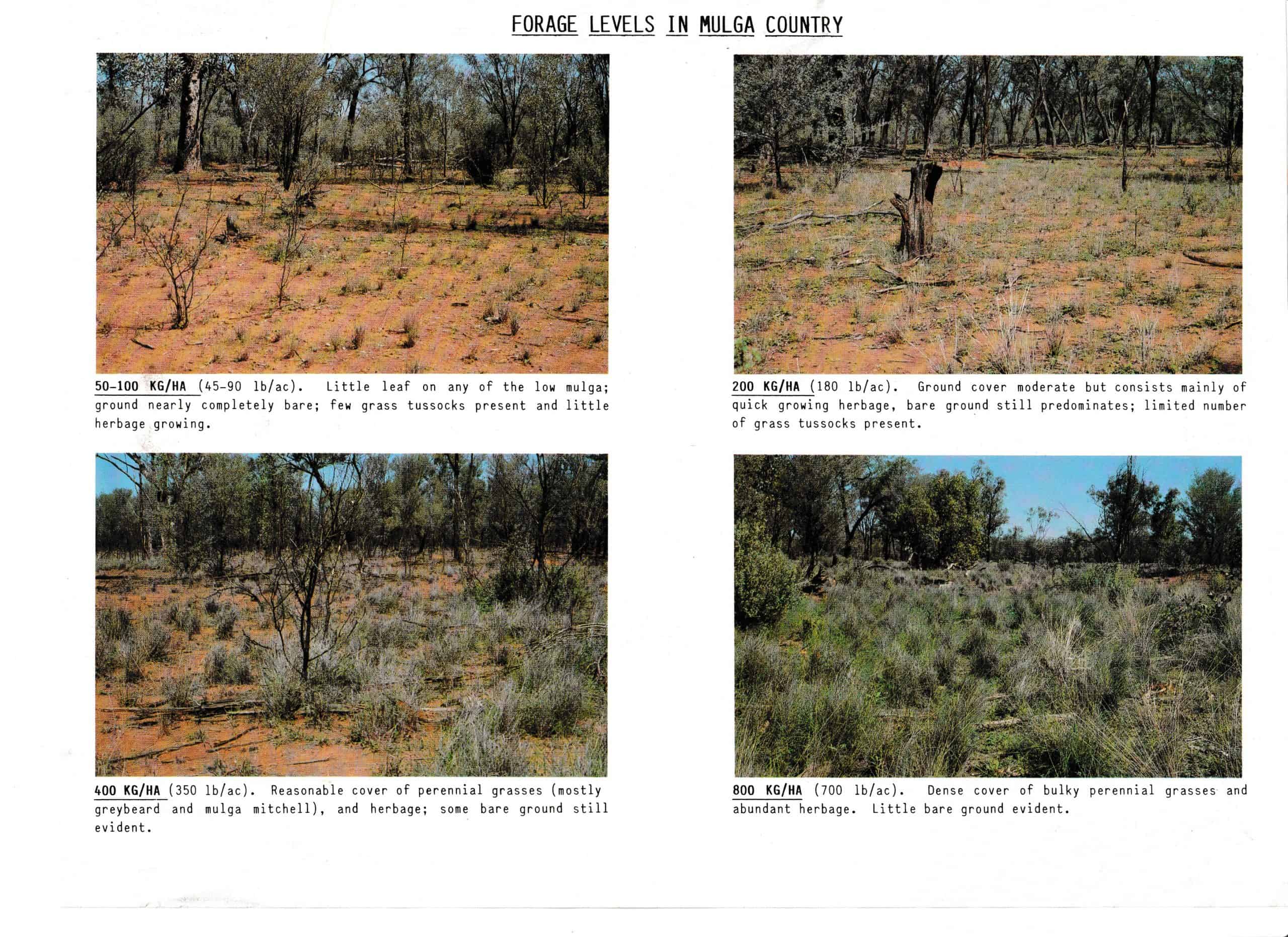 Furthermore, 90% of soil loss at 6 Soil Conservation Service Research Centres in NSW over a period of 30 years came from only 10% of runoff events, and these events were almost entirely confined to periods when cover was below 50%.

Wind erosion is an additional hazard in rangelands, particularly in areas with sandy soils, and is best abated by groundcover level of at least 50% (Leys 2003).

Groundcover is especially important in the management of rangelands, which support native grasslands and chenopod shrublands and where traditional soil conservation measures are not normally viable.

Most damage to groundcover and soil occurs following excessive grazing for long periods, when basal cover of grass-butts declines, when butts and perennial forbs or chenopods are eaten out, or when perennial plants are absent. Minimal replenishment of soil nutrients follows because little or no plant material remains to decompose. Raindrop impact and crust formation increase, and with time these soil surfaces become biologically inactive and bare areas increase. Infiltration of rainwater into the soil is reduced. This, together with a bare surface highly susceptible to abrasion by soil particles carried by the wind, is inimical to establishment of new plants. As these bare areas join up and expand, runoff and soil erosion rates increase markedly. 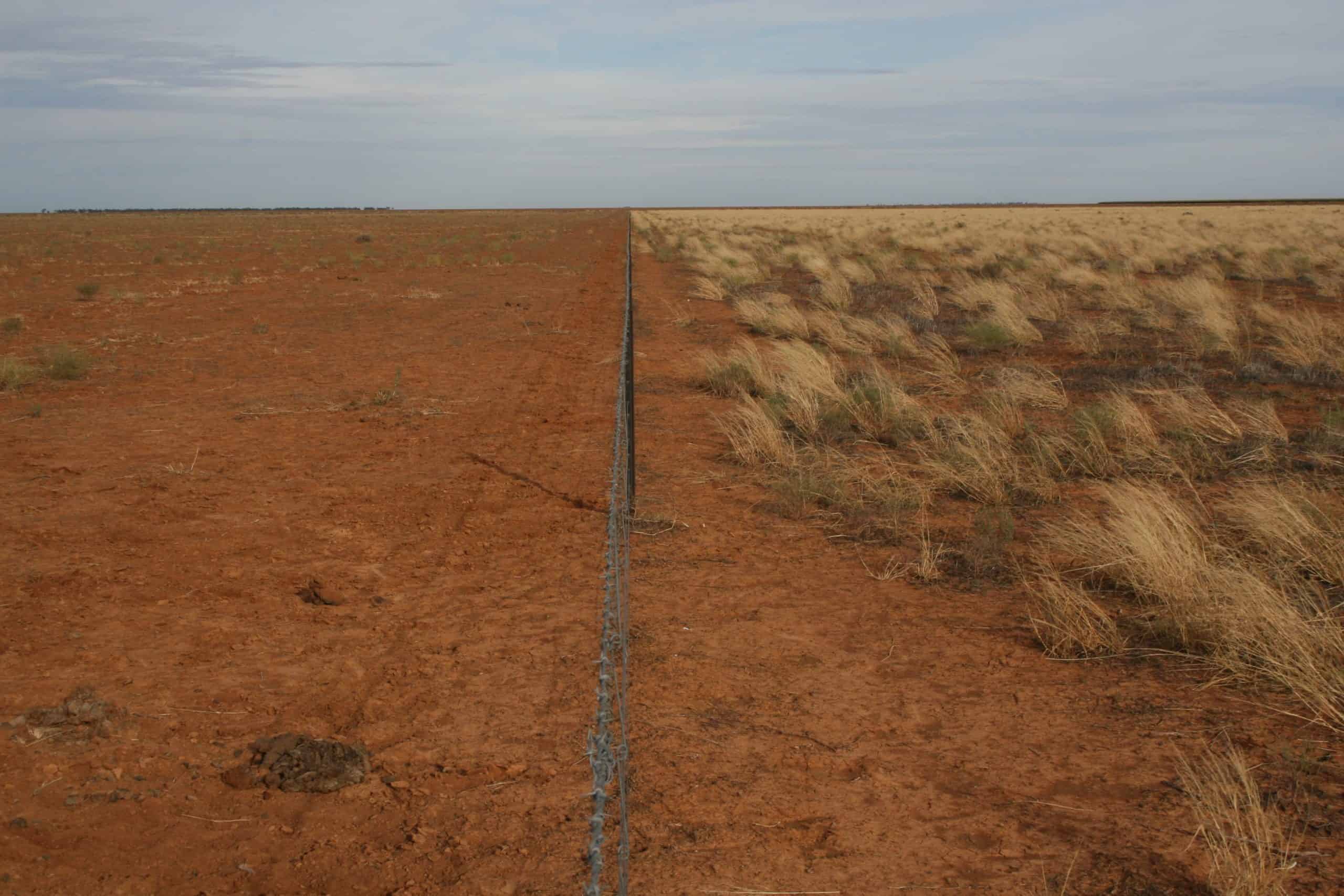 Photo 1: Groundcover can be manipulated by grazing management. The left side paddock still has grass butts but the cover level is insufficient to protect the soil from erosion.

Groundcover should consist of a range of desirable plants for optimum productivity in all seasons, containing perennial species and others that can respond to rainfall whenever it may fall.

Groundcover can be a surrogate for land condition in rangelands and can be used to assess land condition and land management across similar land and soil types. It follows that monitoring of ground cover and adapting management accordingly is important in maintain land condition. Managers should aim to retain at least 300kg/ha of groundcover biomass, though it is recognised that this will be extremely difficult during prolonged dry conditions as we have been experiencing lately.

A simple and convenient way to estimate groundcover percentage in the paddock is by step pointing. This is done by marking each toe of a boot with a pen; stepping across a paddock in a straight line for 100 paces; at each step recording what is directly under the mark – cover of some sort or bare ground; and counting up the totals and calculating the percentages.

Other ways include establishing and observing scenes at fixed photopoints at strategic locations, observing fenceline effects, and where available, comparing groundcover levels with photographic standards, either landscape (as in the figure above) or vertically above quadrats.

Groundcover monitoring by satellite is now well developed and has been used for regional and long-term assessment. There are several remote sensing tools which can be used to assess ground cover, including from eo-data.csiro.au, VegMachine.net, map.geo-rapp.org/#australia and others. The former Department of Environment in NSW produced excellent monthly reports of cover levels through the DustWatch program (J Leys pers comm) and we hope these will continue in the future.

These together can be useful extension tools for land management advice.