(From the Range Management Newsletter 21/1)

We had dreamt for seven years of a cultural exchange between Ngadju, Noongar and Wadjella and finally in November 2020 we travelled from Perth and Albany areas to Ngadju country in the National Parks and Crown Lands of the Great Western Woodlands east of Hyden and west of Norseman in Western Australia (https://www.dpaw.wa.gov.au/management/off-reserve-conservation/the-great-western-woodlands). 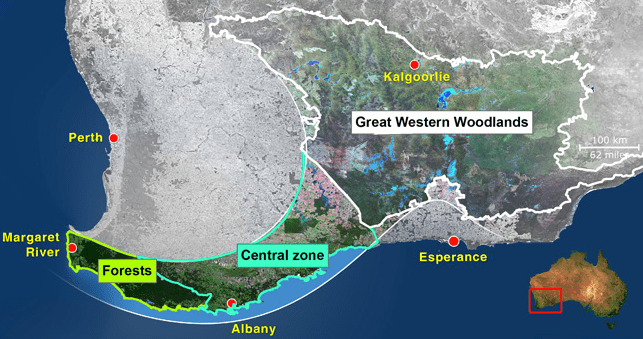 Forty of us shared the journey out to the woodlands. We had all in the past shared time on Country with Noongar Elders. We are grateful for the generosity of the Ngadju Elders, led by Les Schulz, and the Ngadju Rangers sharing their stories and visions for the woodlands. We had a rich time yarning and sharing in camp, exploring culturally significant sites. Three cultures – Ngadju, Noongar and Wadjella (white fella) – coming together on Ngadju Country. 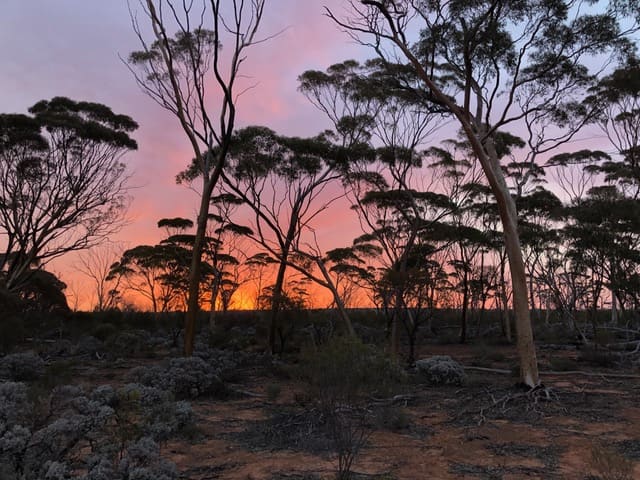 Photo 1:  Sunset in the woodlands south of McDermid Rock 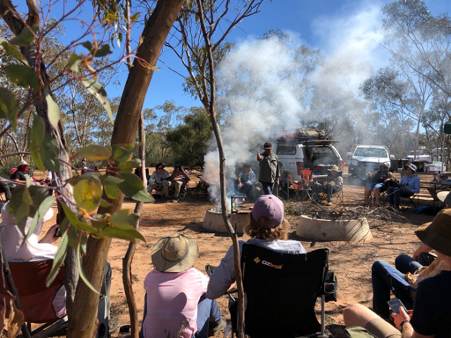 During our visit many of us felt concern for the woodlands and associated landscapes in this area.  Firstly, there are no descendants of the Aboriginal people who once lived on and managed the areas we were on, killed by disease or newcomers.

Additionally, huge fires have swept through the woodlands in the past few years, and there are now huge areas of dead and partly dead woodlands with patchy regeneration and prolific native grass growth. The Salmon Gum (Eucalyptus salmonophloia), Gimlet (E. salubris) and Red Morrel (E. longicornis) eucalypts of the woodlands (not the mallee species) are obligate seeders and die in hot fires. It is feared that with climate change driven declines in rainfall and more frequent extreme conditions repeat fires will eliminate the woodland species over big areas. This issue was recently discussed in the media.

During our trip we also learnt about the lizard traps built on the granite outcrops by the Ngadju and other Aboriginal people.  By propping up granite sheet rock with stones, low rock shelters were created which helped increase lizard numbers and as a result improved food supply for the people.   Sadly, many of these lizard habitats have now been destroyed by the newcomers building water catchment channels on the rocks using the stones and tourists making rock cairns. 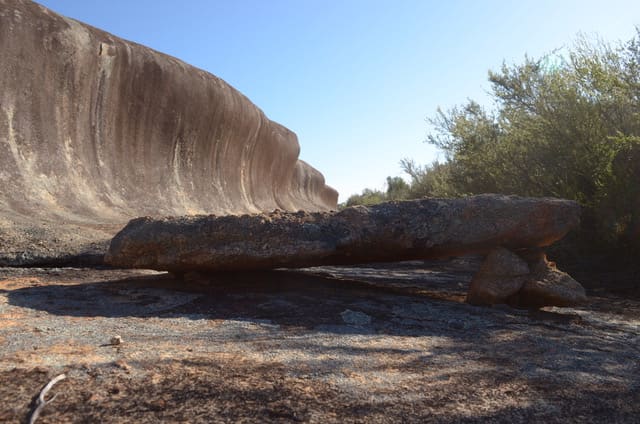 Finally, many of us were concerned about the apparent damage caused by feral donkeys in the area. We learnt that the donkeys are despoiling the gnamma holes (water holes created by Aboriginal people in granite rocks) and natural pools with their manure. The gnamma holes are known to have a rich plant and animal life which is often unique due to their isolation from each other.  Currently, there is no active management of the feral animals on this land.

The idea of a Friends of Ngadju Conservation was suggested by Ngadju Elder Les Schulz.  So far, we have taken initiatives around renaming the Frank Hahn National Park, planning for a combined ecology, cultural and working bee journey in August 2021 to support the Ngadju Rangers, and promoting strategic approaches for biosecurity including donkey management. We would appreciate contributions by rangelands scientists in helping us understand these complex ecosystems. New members are welcome, both for hands-on contributions and to help understand the ecological impacts due to fires and feral animals.  Please contact me (rodsafstrom@iinet.net.au) if you would like  further information.