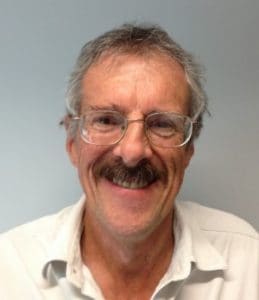 Russell Grant was recently appointed by Council as the new Website Editor, revisiting the role he previously undertook from 2011 to 2015.

Russell has a long involvement with the rangelands with his career spanning 41 years and encompassing environments and land use settings in three Australian states and territories (New South Wales, Northern Territory and Victoria). His roles have focused primarily on the management of on-ground issues and advisory services from a government agency perspective. He has been involved land resource assessment, the coordination and implementation of monitoring systems, pastoral lease administration, soil conservation advisory services and the implementation of incentive programs.

While most of Russell’s experience has been gained in central Australian environments, for the past fifteen years he has been exposed to the issues of the southern rangelands. Current western NSW issues that he has an active interest in include total grazing pressure management, the control of invasive native scrub, the use of exclusion fencing to manage predators and the potential impacts of an emerging carbon economy. He is active participant in the Rangeland NRM Alliance.

Russell can be contacted via email on arussellgrant@gmail.com