The new ‘first of its kind’ Rangelands Atlas has recently been published by a coalition of prominent international environmental, conservation and agricultural organisations to catalogue the contemporary character of the world’s rangelands.  Their goal is to make rangelands a prominent part of policy discussions around everything from confronting climate change to reducing poverty, managing threats to biodiversity and freshwater, and developing sustainable food systems. 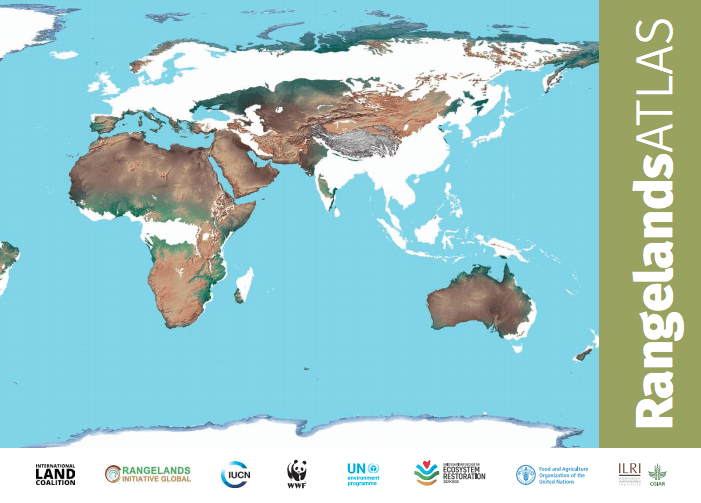 Until now, rangelands have rarely featured on international agendas. Just 10 per cent of national climate plans (as part of the Paris Climate Agreement) include references to rangelands, compared to 70 per cent of those plans including references to forests. Rangelands are known to play a key role in storing carbon, providing habitat for diverse wildlife and nature, and supporting the world’s largest rivers and wetlands. A key reason they have been under-appreciated is the lack of definitive data capturing their size and value.

The Rangelands Atlas helps to fill that void and will be regularly updated. It captures key elements of the importance of rangelands, a large portion of which are dry, desert-like areas, for supporting people, wildlife and vegetation.

The Rangelands Atlas consists of preliminary maps that are a starting point for gathering more detailed data on the exact ecosystem services and economic and social benefits that rangelands deliver to people and nature. It is available at https://www.rangelandsdata.org/atlas/sites/default/files/2021-05/Rangelands%20Atlas.pdf.

The Atlas includes one case study on Australia which looks at trends due to climate change – click on the image below to read it more clearly. 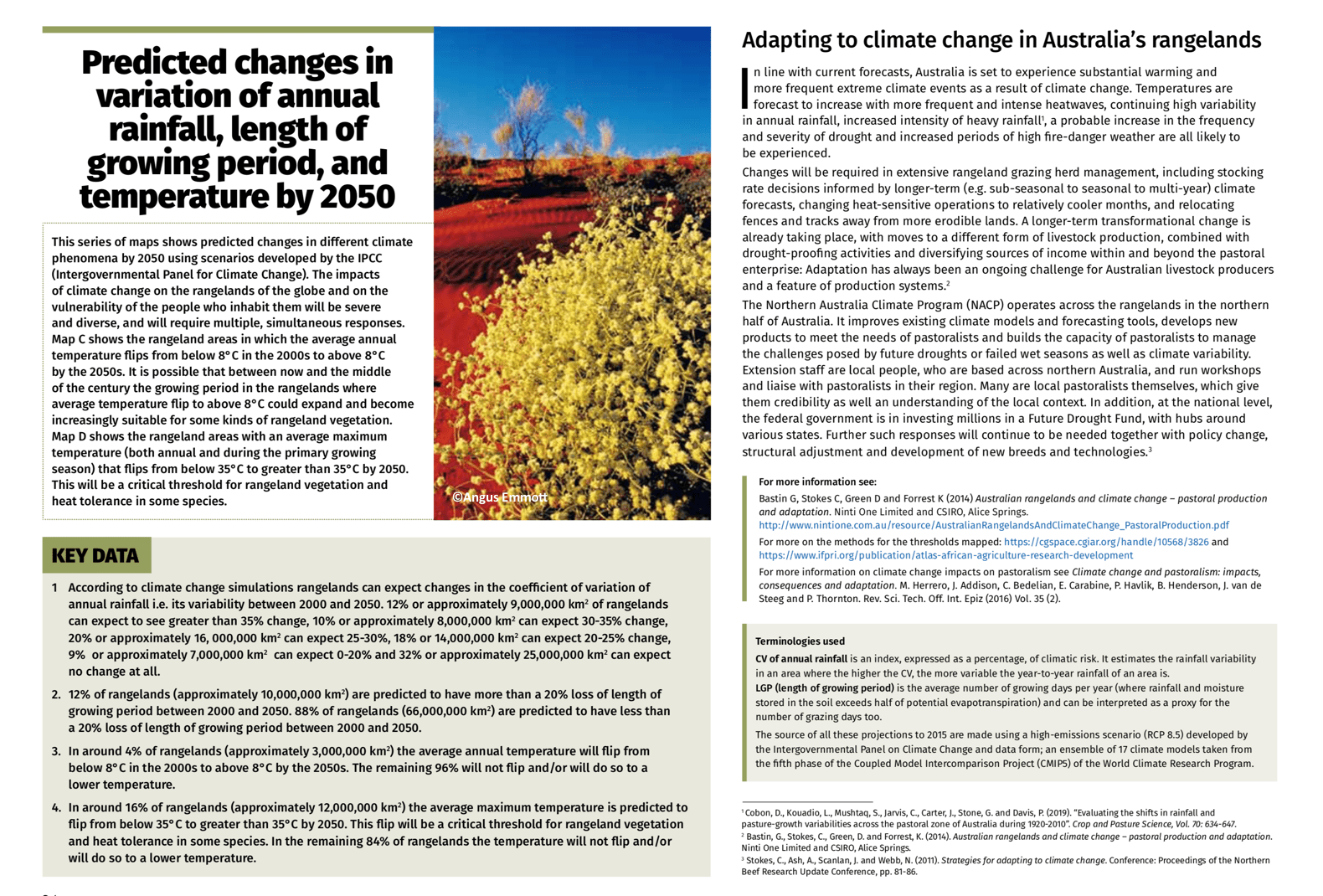