RAIN IN THE RANGELANDS

For the three months to the end of February 2022, rainfall has been above average in central Australia, South Australia and central-west New South Wales. In contrast other regions have been drier than average, especially southern Western Australia, the Katherine and Barkly Tablelands regions in the Northern Territory, and central and northern Queensland. These drier conditions in central and northern Queensland and the NT have posed challenges for the pastoral industries who expect to receive good pasture growing rains over the December to March period. 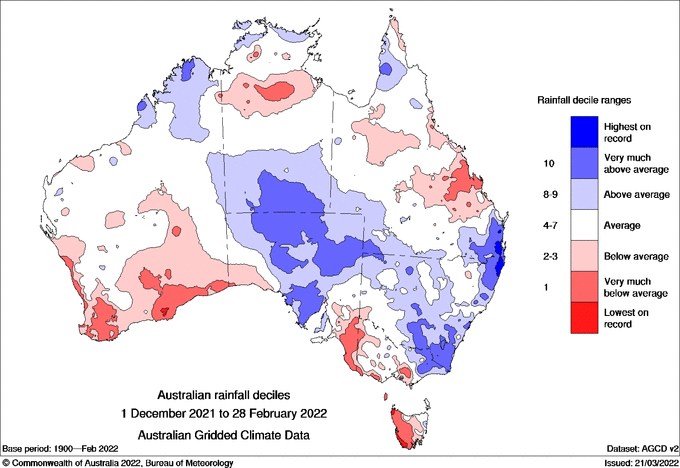 For the April to June period, rainfall is expected to be above average for much of eastern Australia and the Northern Territory. The outlook for areas of central and northern Queensland that have received below average rainfall over summer is particularly promising with an over 60% chance of exceeding median rainfall. It should be noted that rainfall totals for the April to June period in these regions are typically less than 50mm so above median rainfall outlooks should be interpreted in that context. The outlook for South Australia and Western Australia is around or slightly above median rainfall.

The outlook for increased rainfall in Queensland and the Northern Territory is driven by the ongoing La Niña event, which remains active in the tropical Pacific. Outlooks indicate the La Niña is likely to end around mid-autumn 2022, with a return to neutral El Niño–Southern Oscillation conditions. While this La Niña event is weakening, it is expected to continue to contribute to the wetter than median outlooks for parts of eastern Australia. 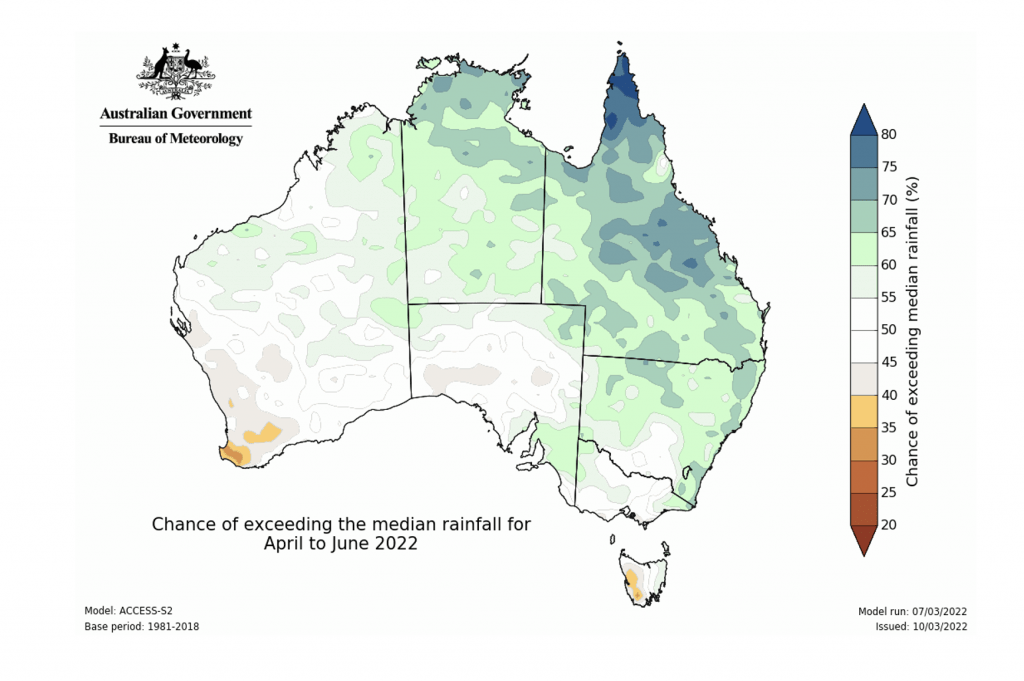