RAIN IN THE RANGELANDS

For the three months to November 30, rainfall has been above average or very much above average across most of the rangelands. In some regions of NSW and Queensland long-standing records for November rainfall were broken with some significant flooding. In many areas this rainfall followed a long period of drought or well-below average rainfall. 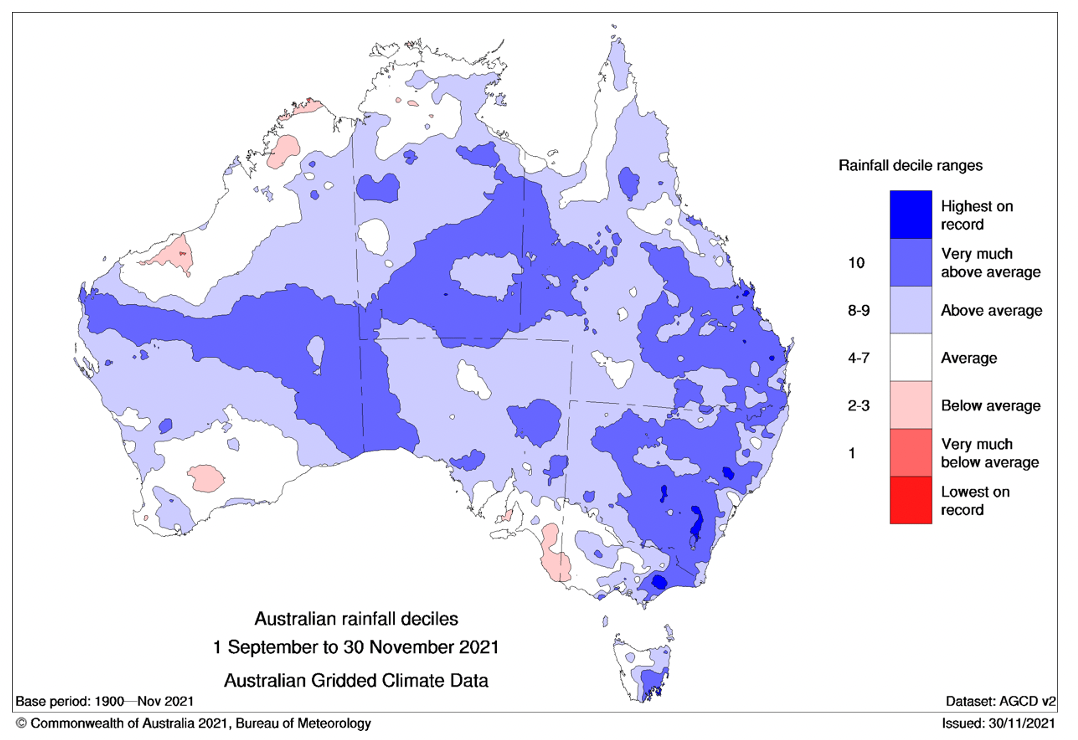 For the December to February period, rainfall is expected to be above average in the eastern half of the continent, especially in the eastern rangelands of Queensland and the Central West and Orana Regions of NSW (see figure below). Parts of the eastern rangelands of Queensland have a greater than 70% chance of receiving above median rainfall for the December to February period. For much of the remainder of the rangelands the outlook is neutral, with drier than average conditions predicted for the desert regions in central Australia, extending into Western Australia. 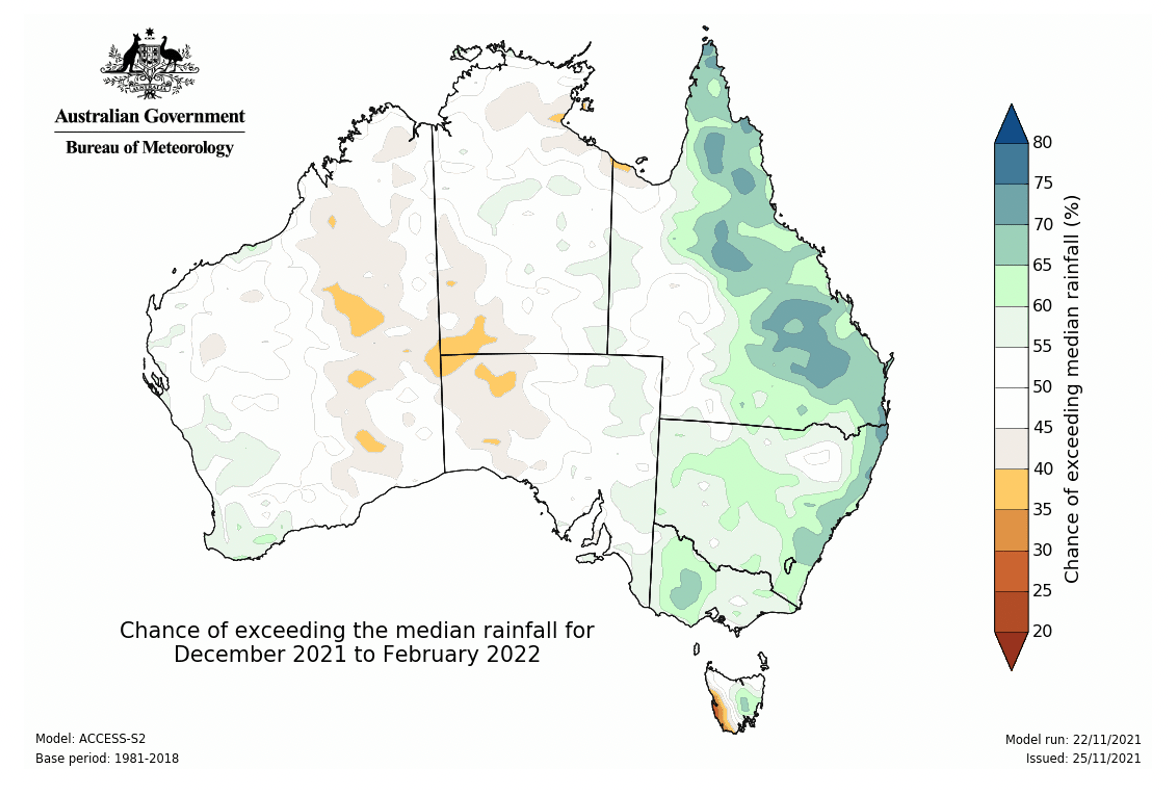 EDITOR’S NOTE: We are hoping to make these rainfall maps a regular feature of the Range Management Newsletter.  Please email any comments to the Editor, Noelene Duckett at aduckett7@msn.com.