RAINFALL IN THE RANGELANDS

(From the Range Management Newsletter 22/2)

For the three months to the end of June 2022, rainfall was above average to very much above average in the rangelands of eastern Australia, in the southern Pilbara and Gascoyne regions of Western Australia and in parts of the Victoria River Downs and East Kimberley regions. In eastern Australian rangelands this was the best autumn rainfall for many years with minor to major flooding occurring in many districts.  For pastoral stations, this was “game-changing” rainfall after a dry summer. The higher than average rainfall in eastern Australia was strongly linked to the ongoing La Niña event that persisted through autumn and early winter. For regions that had below average rainfall, temperatures were warmer than average. 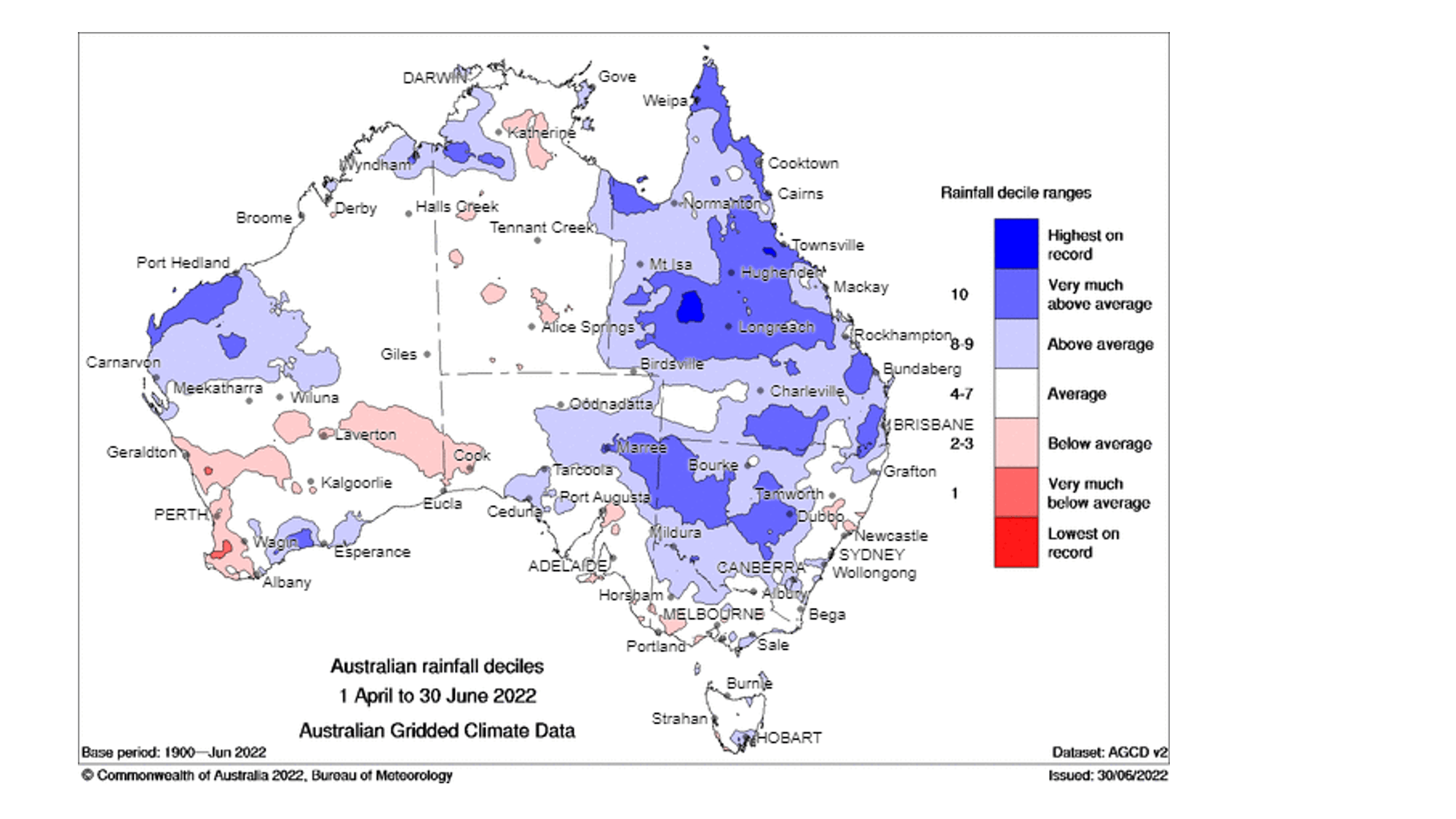 The skill of seasonal outlooks is often questioned but the following figure showing the rainfall outlook produced at the end of March for the April to June period shows good spatial correlation with the rainfall actually received. 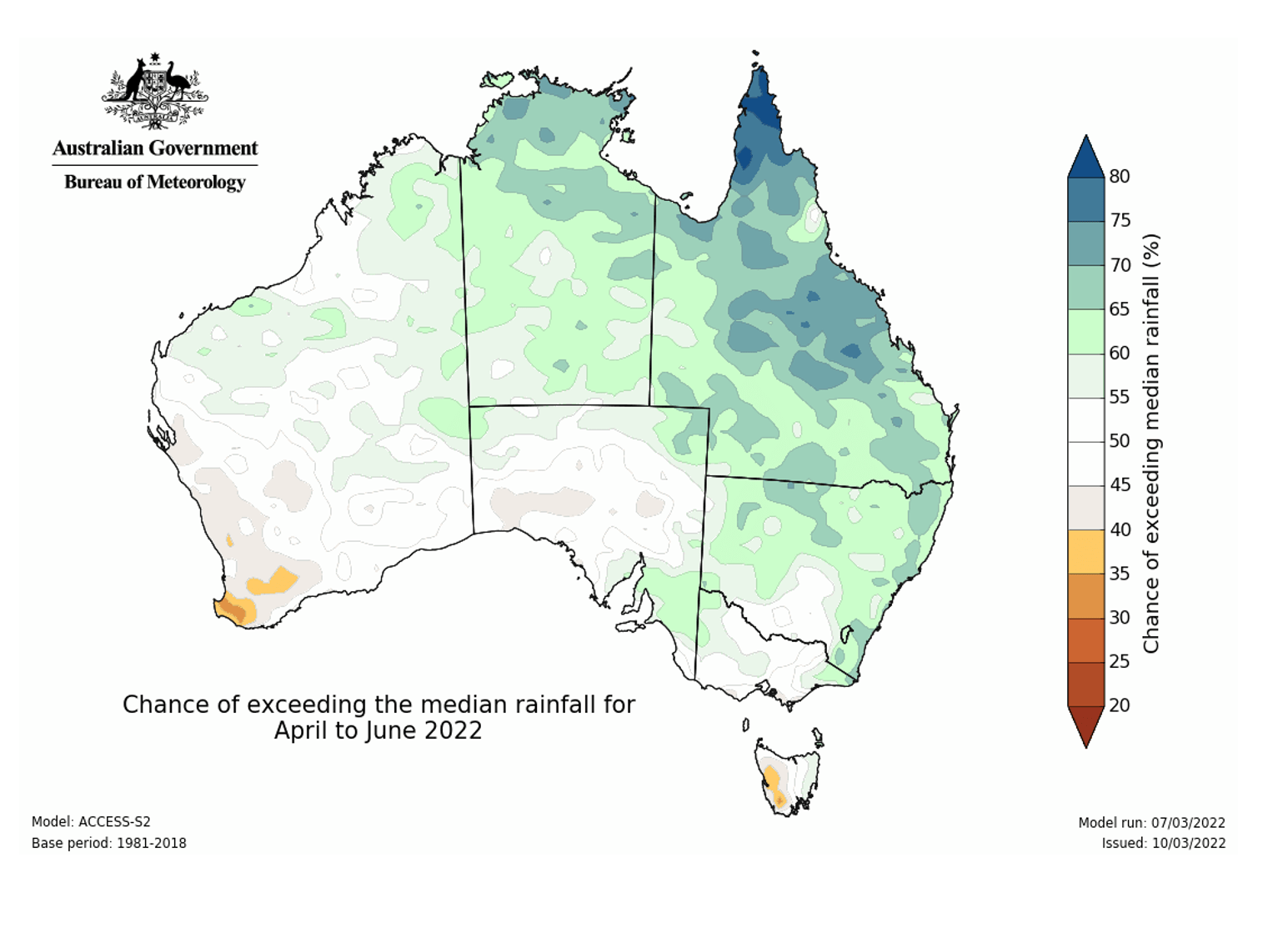 Although the 2021–22 La Niña event has officially ended, there is a possibility La Niña may re-form later in 2022. As a consequence, the Bureau of Meteorology’s outlook status is at La Niña WATCH, which means there is around a 50% chance of La Niña forming later in 2022.

The high probability of exceeding median rainfall in the coming months is also influenced by the Indian Ocean Dipole (IOD) index which has been very close to or exceeded negative IOD thresholds in recent weeks and climate models indicate a negative IOD event is likely for the coming months. A negative IOD increases the chances of above average winter–spring rainfall for much of Australia. Further, sea surface temperatures surrounding the northern and western coastline of Australia are currently warmer than average and this tends to increase the chance of above average winter–spring rainfall for Australia. 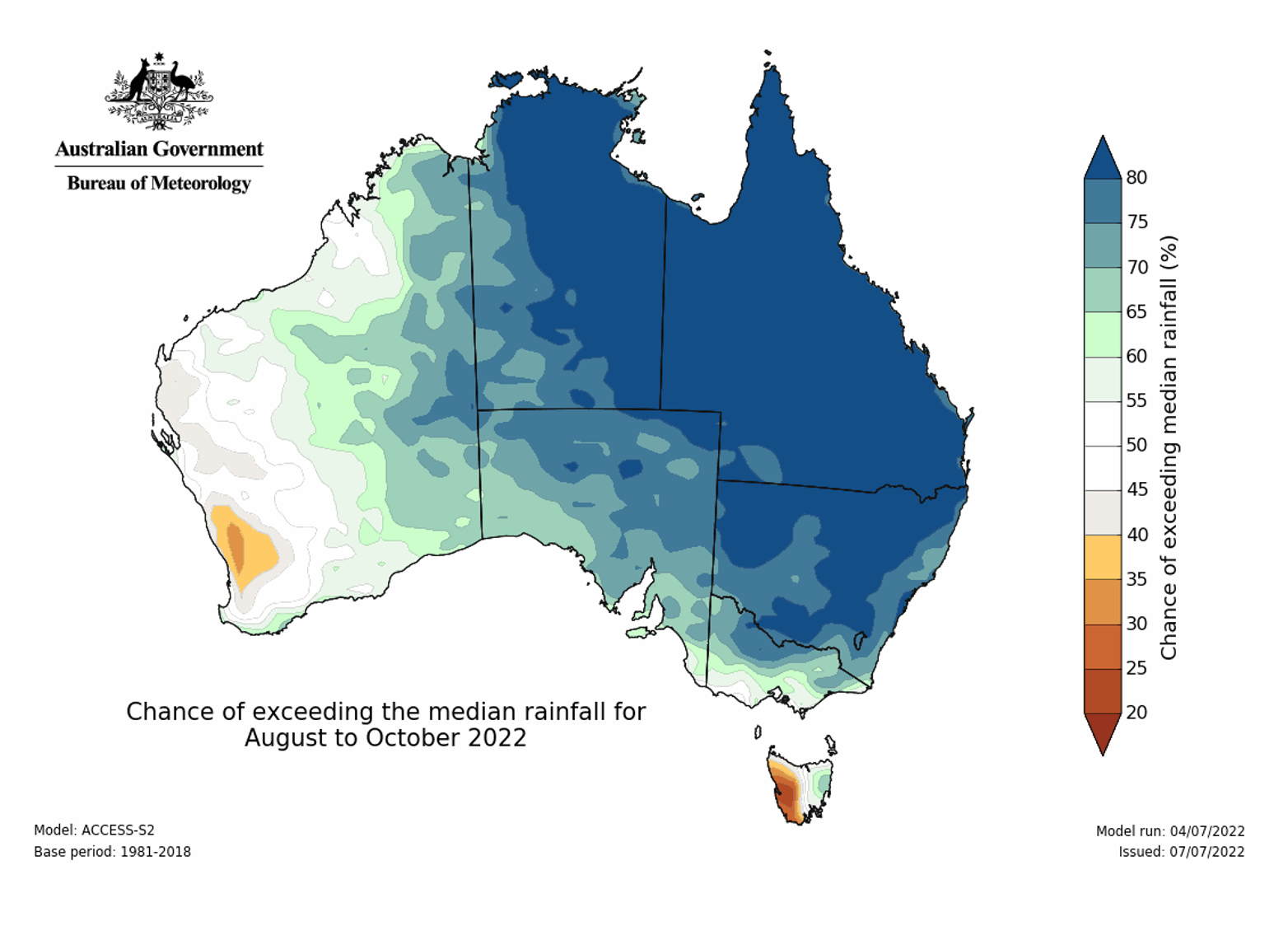