RON HACKER TO RETIRE AS CHAIR OF THE ARS PUBLICATIONS COMMITTEE

(From the Range Management Newsletter 19/3)

Dr Ron Hacker has been a member of the Publication Committee as an Associate Editor in 2012 and Chair since 2013. 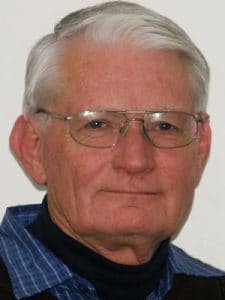 Under Ron’s guidance, the Publications Committee is functioning well and is making continuous improvement to that area of the Society’s role. Ron has had a strong focus on delivering strategic outcomes for the Society, including enhancing the international reach and Impact Factor of The Rangeland Journal and improving the practical relevance of the Range Management Newsletter for rangeland practitioners. In particular, Ron has encouraged and supported the publication of several ‘Special Issues’ of the Journal which have been well received by rangeland researchers and practitioners.

Ron effectively and efficiently managed the appointment of Dr Paul Novelly as Editor in Chief of the Journal following the unexpected death of then EiC, Professor John Milne. To improve editorial input into the journal, Ron strengthened the Advisory Editor function. He also oversaw the renewal of the contract for the publication of the Journal by CSIRO Publishing on more favourable terms for the Society. Through his efforts, a very strong and mutually supportive relationship has developed between the Society and CSIRO Publishing.

Ron has also overseen the engagement of a wider audience (including landholders and students) through a social media presence via Facebook and Twitter. Due to the collapse of our ARS website provider, Ron put in a huge effort in the recruitment of a new website provider which required the website to be rebuilt, and in doing so ensured improved functionality and ability to increase content.

For his dedication and contribution to the Society over several decades, including his role as PC Chair, Ron was made a Fellow of the Society at the 19th Biennial ARS Conference in Port Augusta in 2017.

Ron is wishing to step down from this important position as PC Chair, but will mentor and guide a new Chair to ensure a smooth transition. The ARS Council and the broader membership of the Society owes Ron a great debt of gratitude for his roles as Associate Editor, then PC Chair.