UPDATE FROM THE PUBLICATIONS COMMITTEE

(From the Range Management Newsletter 17/3)

After two years in the role Amber Marshall has relinquished the post of Social Media Editor to pursue other personal and professional objectives. Amber did a great job as the Society’s first Social Media Editor in guiding the development of our social media presence in line with the strategic directions developed for us initially by Heidi Wright (Wright Social) and endorsed by Council. Our social media reach has steadily expanded under Amber’s oversight and the more popular posts have reached far beyond the Society’s membership. I would like to thank Amber most sincerely for her contribution to this aspect of the Society’s activities. She has worked on the front line of the Society’s public presence and her endeavours have enhanced our profile.

Amber has been succeeded, from 30 October 2017, by Jodie Ward who is currently an Extension Officer with NT Department of Primary Industry and Resources based in Katherine. Jodie is well experienced in the use and management of social media in an extension context (specifically the “FutureBeef” initiative). She recently conducted a workshop entitled “Using social media to engage and captivate your audience” at the Australasia-Pacific Extension Network conference in Townsville. We are fortunate to have secured the services of one who has first-hand experience of the use of social media to engage an audience around specific themes, and look forward to Jodie’s contribution to the Society’s activities both in the social media space and as a member of the Publications Committee. 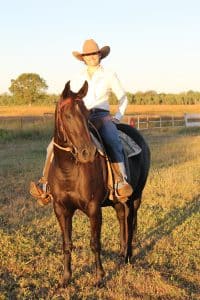 Our new Social Media Editor is NT DPI Extension OfficerJodie Ward.  Feel free to contact Jodie at jo0506@hotmail.com if you have an idea for the ARS Social Media pages.

In the last RMN I indicated an expectation that the new contract with CSIRO Publishing (CP) for production of TRJ in the 2018-22 period would be signed by the time this issue of RMN was on-line. Unfortunately this has not been achieved but discussion with the Senior Journals Publisher of CP at the Port Augusta conference indicated that there should be no major problems with the draft contract that the Society has submitted for their consideration. I remain hopeful that the contract will be signed in good time before the commencement date of 1 January 2018.

Issue 4 of 2017 has recently appeared on-line. Two special issues of TRJ have been contracted for 2017 but delays in the review processes for one of these, in particular, may delay the final publication date until early 2018. This is not an unusual situation and I expect that volume 39 (nominally 2017) will contain the planned six issues.

Paul Novelly (Editor-in-Chief of TRJ) and I met with members of Council after the Port Augusta conference for a day of strategic planning discussions to chart a future for the Society and its publications.  These discussions were very productive and, among a range of other initiatives, will result in preparation of discussions papers on strategic directions for both the Range Management Newsletter and the Society’s social media activity. The former will be considered by the Publications Committee in November. The latter will be developed after Jodie Ward has settled into her new role.