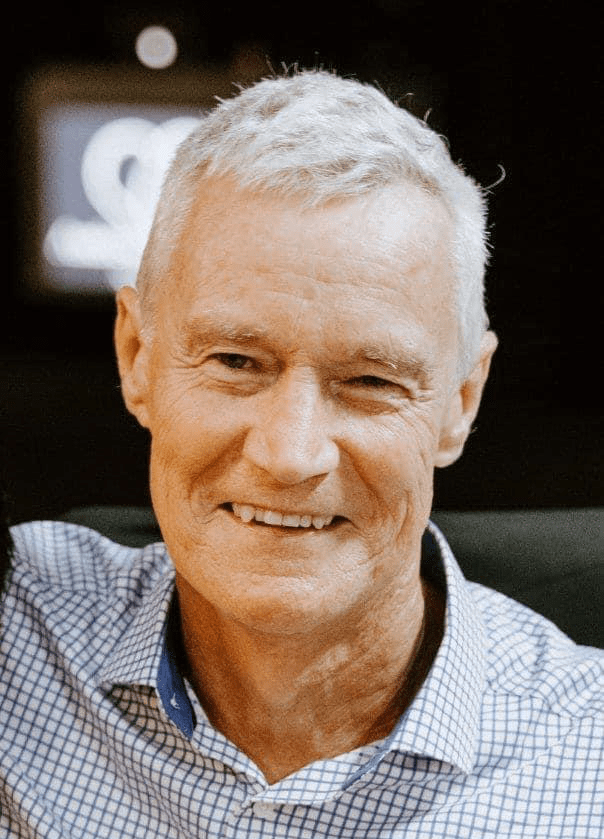 We are sad to report the passing of Dr Tony Grice, a long-standing member of the Australian Rangeland Society, rangeland scientist, father, grandfather, husband and a great contributor to the fabric of his workplaces and the wider community. A large group of people have contributed to the following reflections on Tony’s life including Cathy Waters, Greg Curran, Ron Hacker, Ian Watson, Helen Murphy, Eric Vanderduys, Mike Nicholas and Andrew Ash.

After Tony graduated with a Bachelor of Science (First Class Honours) from the University of Sydney and a PhD from Macquarie University, he was in 1983 appointed as one of the first Rangeland Research Officers in western NSW. Tony was generally acknowledged as the unofficial leader of this new unit. With so many issues that could be addressed, Tony had wide ranging interests but was particularly interested in what were then called ‘woody weeds’, now known as ‘Invasive Native Scrub’.

Tony identified early the importance of communicating to landholders that sustainability in rangeland management was a far better yardstick for rangeland performance than the maximisation of production or profit. In the early 1980s Tony was championing the linkages between perennial grasses, sustainable production, and landscape stability.

Tony’s bounce and integrity have underpinned an enduring legacy in the rangelands of NSW, a result of his ability to see ‘the whole’ in both people and the rangelands. For early career staff at Cobar, he was just brilliant to be around.

In 1993, Tony took up a position with CSIRO in Townsville as a plant and rangeland ecologist responsible for initiating, conducting and managing innovative research into problems related to the sustainability and management of northern Australian woodlands. His research initially focused on understanding and countering the plant invasions that present a major threat in northern Australia; and on understanding and managing the role of fire as an ecological force. During the 1990s Tony became a Program Leader (Landscape Management) for the CRC for Australian Weed Management and in 1998 he was awarded a Churchill Fellowship to study plant invasions in US rangelands.

Tony wasn’t averse to taking a risk. In the mid-2000s Tony and colleagues made strategic use of fire and cattle grazing to control persistent grass weeds in a conservation wetland near Townsville. Deliberately introducing either fire or cattle into a valuable wetland poses a risk, but Tony’s approach markedly improved the conservation outcome. In May 2014, the work that Tony was critically involved in with the Nywagi Aboriginal Land Corporation at Mungalla Station won the Queensland Reconciliation Award.

In addition to his formal work commitments Tony was a founding member of the Black-throated Finch Recovery Team (BTFRT); a community-led, science-based committee established in 2002 to guide conservation efforts for the endangered Black-throated Finch. He was Chair of the BTFRT from 2005 – 2021. In this role, he helped steer the BTFRT through a rapidly changing political and legislative landscape relating to threatened species, and helped gain access to properties whose owners would not normally have anything to do with “green” issues.

Throughout his life, Tony was an enthusiastic naturalist and lover of the outdoors.  He would sometimes bring a vehicle to a screeching halt on a bush road to jump out and chase a goanna, or some such, he had spotted. He would joke that when walking with others in the bush he liked to walk first so he could remove any plant he couldn’t identify before he could be asked what it was.

He made long road trips interesting. To fill in the time on one trip from Townsville to the Gulf country, Tony decided to test the hypothesis that crows exit the road from the side they are sitting on, i.e. if they are on the right side of the road they will fly right when they leave and same with the left. No pen and paper were handy to score observations, so Tony used a marker pen and scored the results on the windscreen. That paper never did get written up and the windscreen was never the same.

Tony contributed to a number of ARS conferences, both as an author and as an organiser. He was Chairman of the organising committee of the 7th Biennial Conference in Cobar in 1992. Two years earlier he was instrumental in organising for a party from NSW to travel to the 6th conference, in Carnarvon WA, via the Gunbarrel Highway (about as direct a route as you could get). The trip is still remembered by participants as a career highlight.

He was a member of the Organising Committee of the VIth International Rangeland Congress held in Townsville in 1999. Together with Ken Hodgkinson, he subsequently edited the book Global Rangelands: Progress and Prospects which represented a distillation of the Congress sessions that complemented the two-volume proceedings that had been published earlier. The book provided a ‘state of the art’ account of many aspects of rangeland science and management, and, in the final chapter, a synthesis: New Visions and Prospects for Rangelands. Tony also published regularly in The Rangeland Journal and was a Guest Editor of a Special Issue of the journal.

Tony will long be remembered as a person who enjoyed a good laugh and was full of humour, much of it irreverent and based on the absurdities of life. He had in equal measure a humorous approach to pedantry but also a capacity for insight and getting to the nub of the matter, which made him a pleasure to have in meetings and long road trips. Tony could take the real world in all its complexity and layers of light and dark, obvious, and hidden, and find what was true and useful, in such a way that was understood, admired, and respected.  Tony could be observed listening to someone or a group, draw himself back a little, and with a quiet smile, pull all of what had been said into a pithy, funny, summation and observation. Often this ‘potted summary’ was around a principle or lesson to take, with sharpness, clarity and brevity.

His mentoring of new colleagues included lessons on how to cope in the bush. Cathy Waters, on an early field trip with Tony, sat down at dinner to some barley and vegetable soup which had weevils in it but it was only noticed after half of it had been consumed. Tony, sitting opposite Cathy at the table, looked her in the eye when the cook asked him if the meal was OK and said “yes everything was just excellent”, then proceeded to pour the balance of his soup into Cathy’s bowl as the cook turned her back. He reasoned, new to rangelands, Cathy needed to metal up to some realities of living and working in western NSW and needed to finish her soup. His humour and practical jokes made even the most arduous circumstances much more pleasurable.

Tony was the first to volunteer his time for tasks, mentored others and gave freely of his time helping others both in the workplace and in the community, living his Christian values each day. A consistent theme to emerge from Tony’s memorial service was the application of his mantra – ‘Don’t panic’. That approach was infectious and taught many people the value (when confronted with a problem), of taking some time, taking a deep breath, thinking through the various implications and calmly navigating through the problem.

Tony wasn’t without his limitations which were mainly around fashion sense, inappropriate footwear and travel logistics. He never really could understand that the 1970s shorts (and long socks) and a moustache should have been left in the 1970s.

His footwear malfunctions were ubiquitous. The time he took up the challenge to climb to the top of Mount Grenfell (about 40 km NW of Cobar) in thongs was his undoing. Despite being left unable to walk for several days after, he always maintained he would try hopping up the mountain next time. Whilst undertaking a field trip to a CSIRO field site at Manbulloo Station outside Katherine, Tony discovered he had left his work boots at home in Townsville. This at first didn’t appear to be a problem because a Woolworths had recently opened in Katherine and he acquired a pair of running shoes at a price point that Tony thought was good value. The small plot fieldwork involved long periods standing on a bare, Tippera red earth in November with 40+C days. Late on the first day there were complaints from Tony that his shoes weren’t up to scratch and that his feet were sore. To everybody’s amazement the soles had melted and partially stuck to his feet. He went and bought some “proper” shoes.

Tony’s wife, three children and two grandchildren celebrated his life with a large number of friends, family and colleagues at a service in Townsville just before Christmas. It was joyous. Tony had planned most of it himself in the last few months. All who attended smiled often as they recognised ‘the hand of Tony’ throughout.

Vale Tony Grice, a finer individual you are unlikely ever to meet.