(From the Range Management Newsletter 20/3)

This article follows on from one looking at general trends in woody cover across Northern Australia. To better understand the mechanisms contributing to woody cover changes, we examined in greater detail factors that influenced woody cover at Kidman Springs in the Victoria River District (Figures 1 and 2) and the implications for pastoral land use. 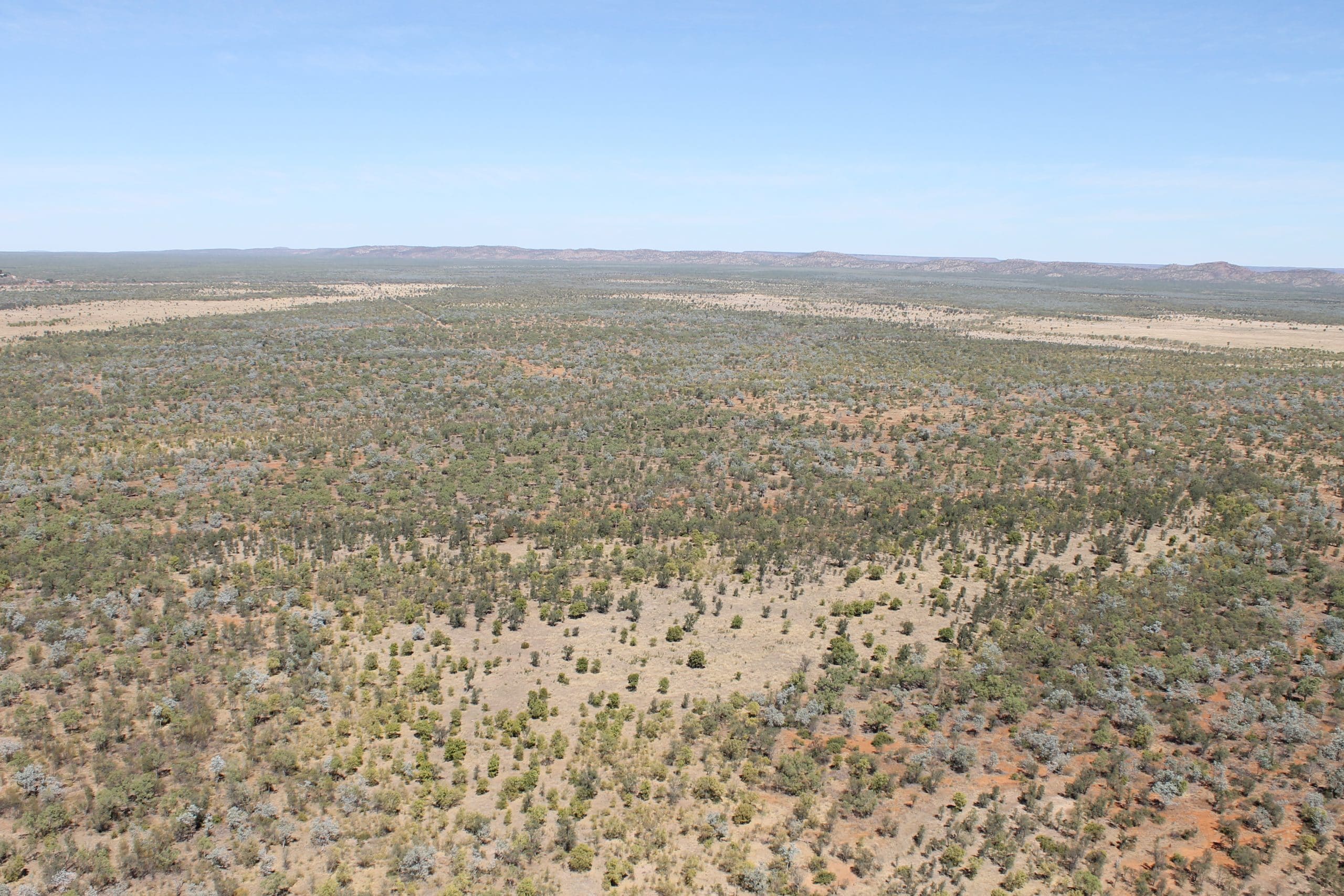 Figure 1:  Aerial view of the landscape at Kidman Springs in the Victoria River District 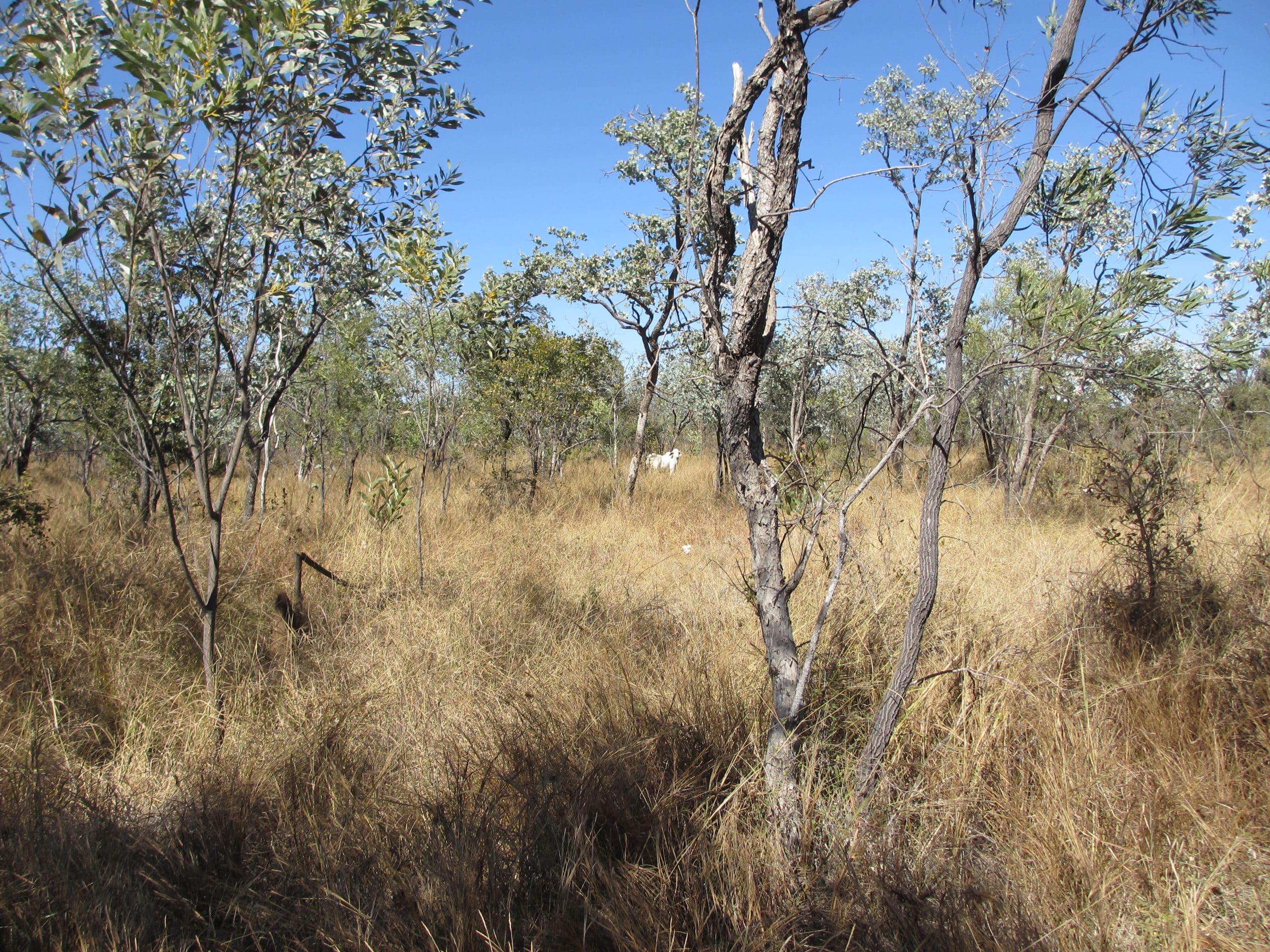 Woody cover more than doubled across Kidman Springs from 9 per cent in 1988 to 19 per cent in 2010 (Figure 3), then plateaued or declined thereafter. 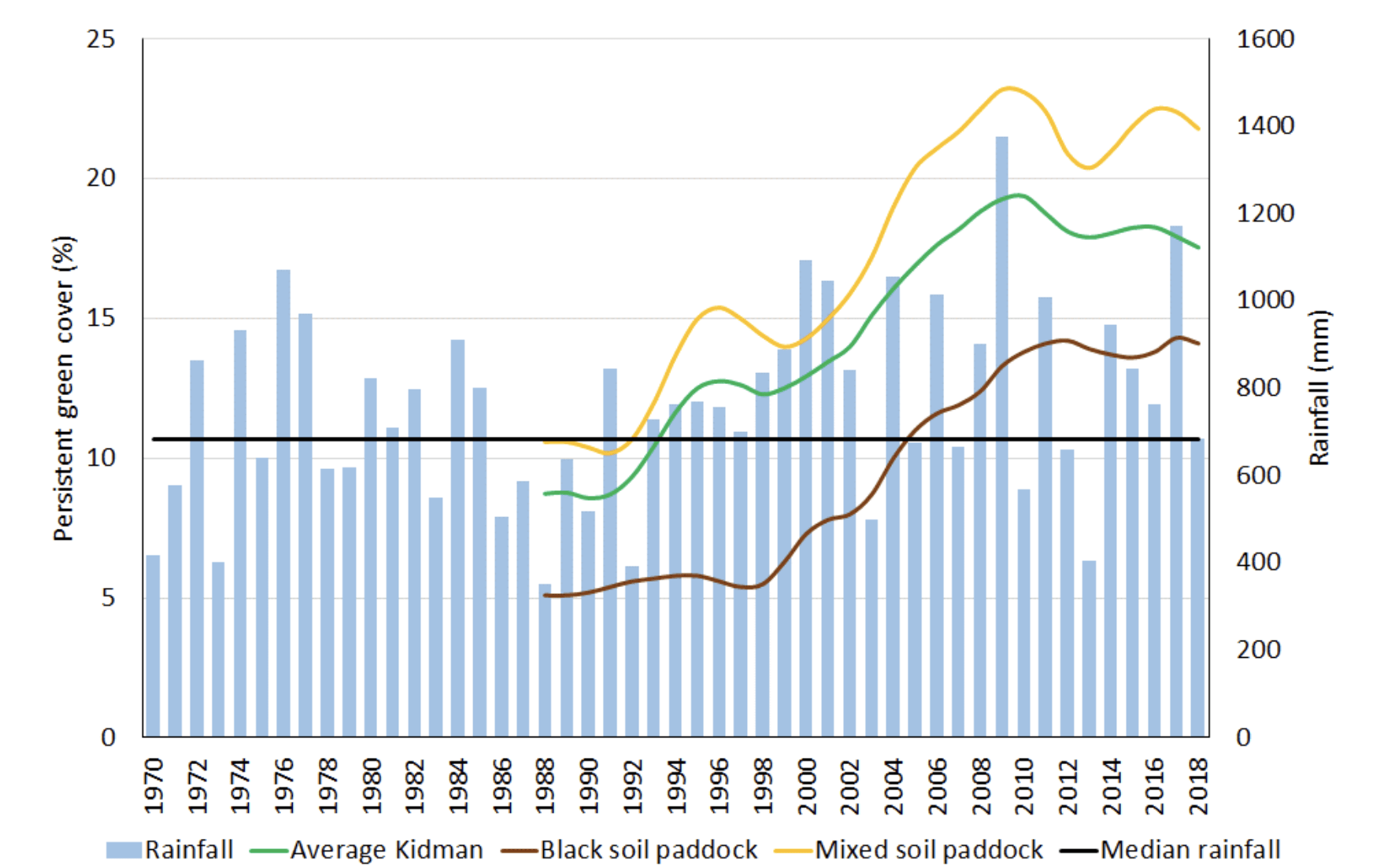 What has contributed to woody cover changes at Kidman Springs?

The focus of studies on woody vegetation change at Kidman Springs has been fire management, but higher rainfall may also have contributed to the doubling of woody cover in the area. The beginning of the woody cover data in 1988 was the driest period at any time since 1970 (Figure 4), so woody cover may have been starting from a low base. Higher rainfall thereafter may have promoted woody growth. The peak in woody cover was in 2010, following the highest ever rainfall in 2008-2009 (Figure 3). Woody cover then stabilised or started to decline. Drought index explained 41 per cent of the variation in woody cover at Kidman Springs, which suggests other factors were also influential. 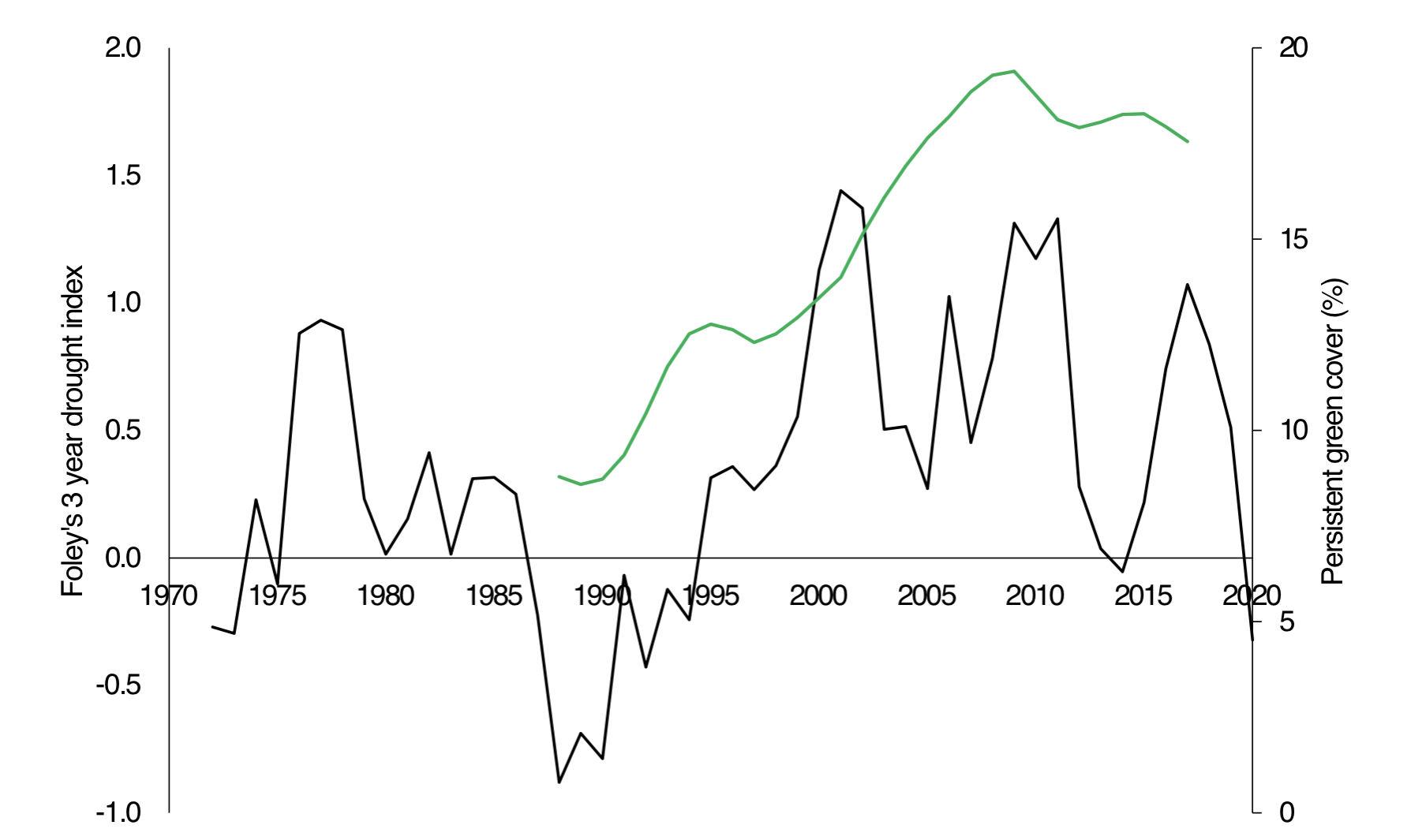 The occurrence of late dry season fire in 21 paddocks at Kidman Springs between 2000 and 2018 varied from no fires, to fewer than four fires in 19 years. No paddock experienced late dry season fire at the intervals recommended by the Kidman Springs fire experiment for managing woody cover (one in four years). Even so, fire appears to have dampened woody cover increases during this time. Every 4 per cent increase in late fire frequency at Kidman Springs was associated with a 1 per cent lower woody cover increase (Figure 5). The large variation in woody cover change between paddocks with similar fire frequency indicates that other factors have also been influencing woody cover change. These could include land type, fire intensity, post-fire management and rainfall. 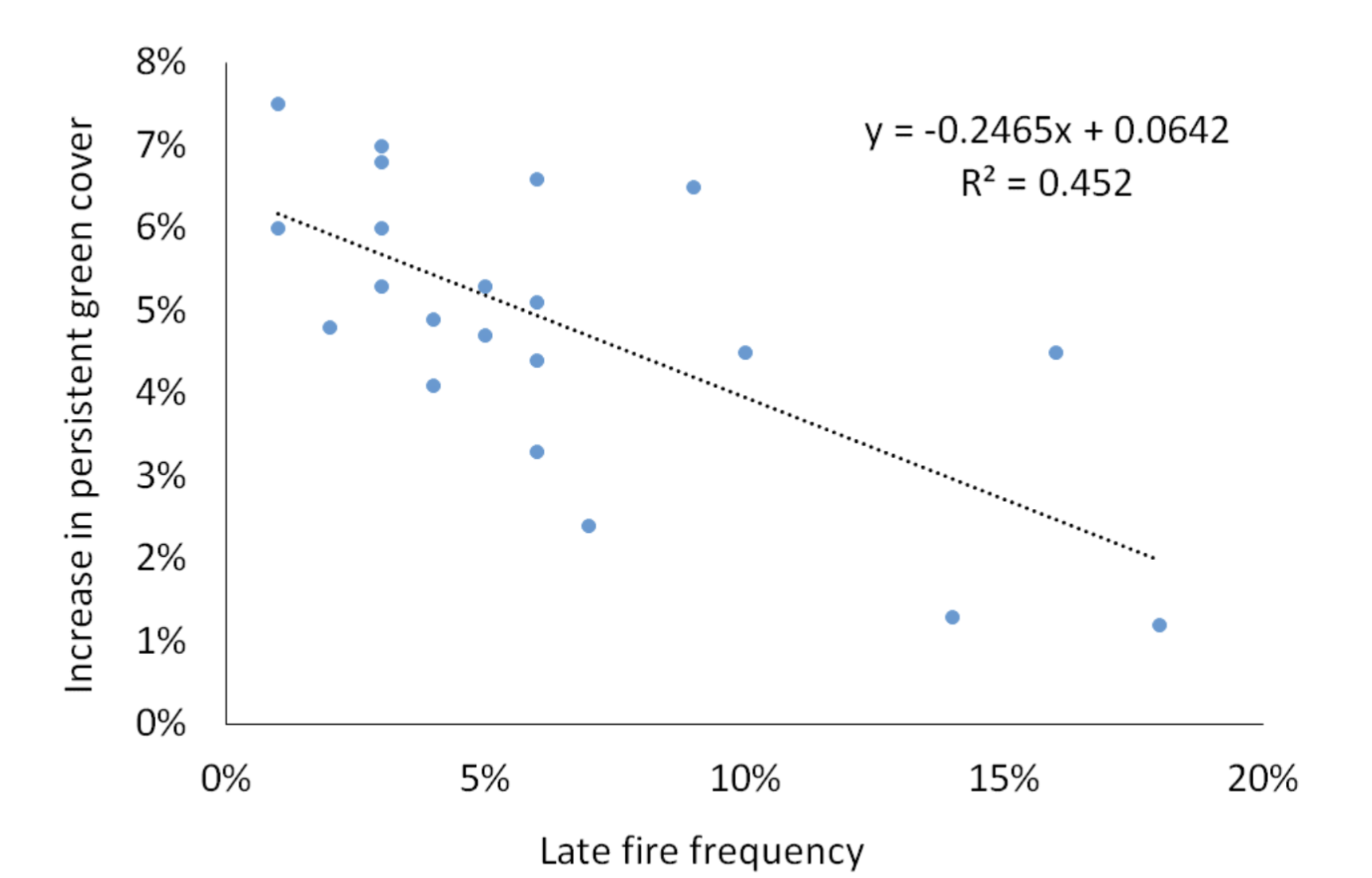 So what has caused woody cover changes at Kidman Springs?

At Kidman Springs, woody cover increased during a period of above average rainfall, but slightly less so where paddocks were burnt more often. On the long-term fire experiment (Figure 6), burning one in every four years prevented woody vegetation build-up on the black soils, despite higher rainfall. So it seems likely that both rainfall and fire (or lack of fire) are influencing woody cover in the northern area of the Territory. 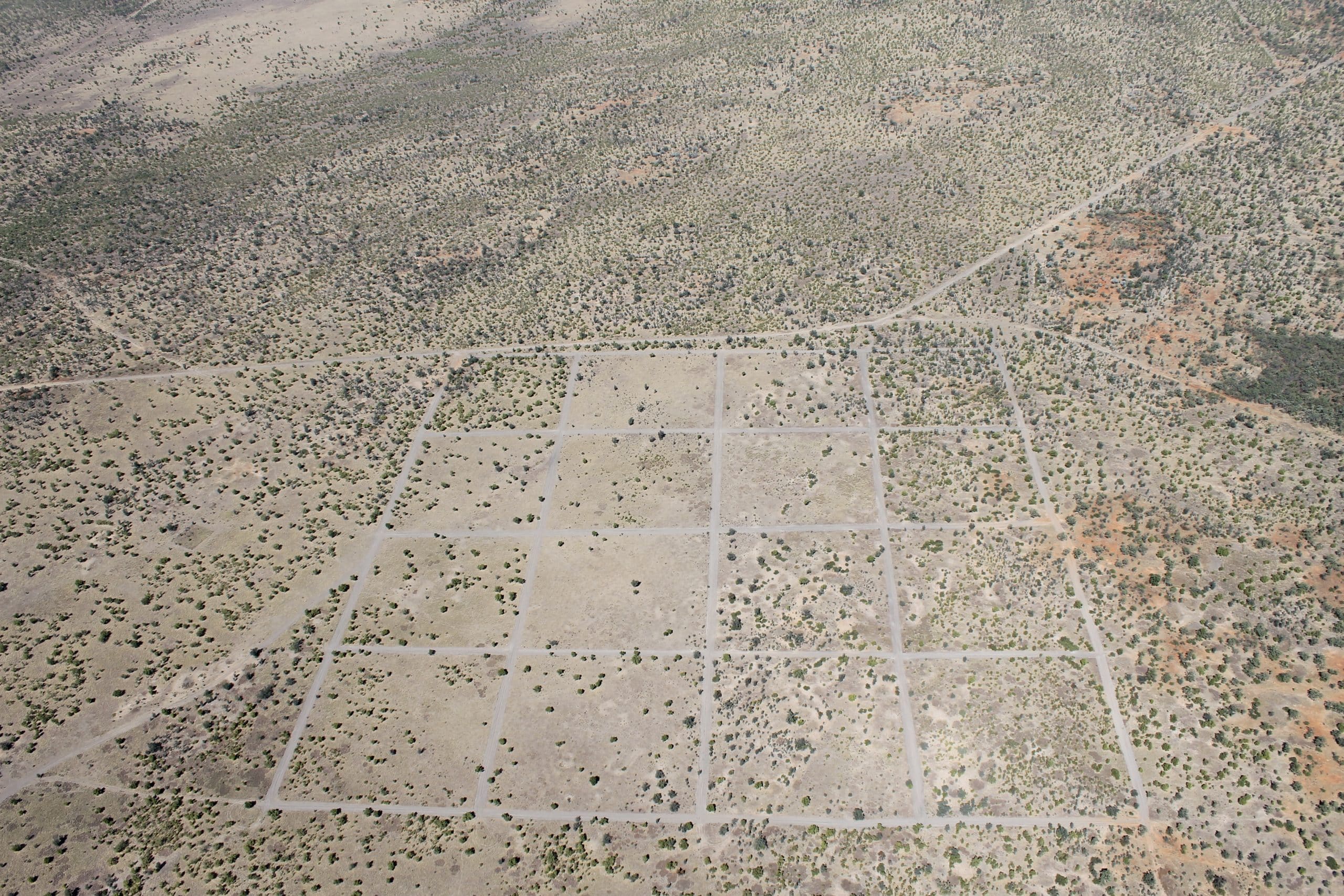 Another factor linked by scientists to increasing woody cover in savannas globally is atmospheric carbon dioxide, which is currently increasing every year. It may also be contributing to increases in woody plant cover in northern Australia.

The lack of change or the decline in woody cover since 2010 at Kidman Springs suggests woody cover may have reached a new maximum potential with higher rainfall and carbon dioxide. The persistent green cover data only goes to 2018, so it does not include the recent tree deaths observed across the north of the Territory, following average to below average rainfall since 2018. Anecdotal evidence suggests that woody cover may now be declining across the northern area of the Territory (Figure 7). The high tree cover may be self-correcting with lower rainfall. It will be interesting to see how the woody vegetation recovers after the next wet season. 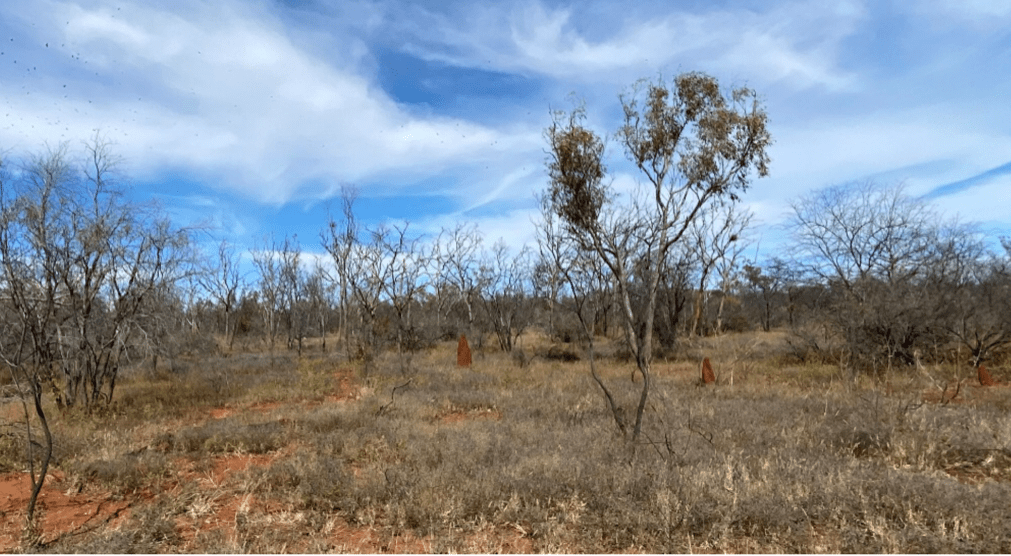 Figure 7: Drought-stressed trees at Kidman Springs in May 2020.  Photo by Caroline Pettit.

So should we even bother with fire?

Managing woody plants with fire is more cost-effective than tree clearing, but it is not without costs. Effective fire management for maintaining a healthy tree-grass balance in grazed situations requires considerable planning and forgoing the potential cattle production from the grass that you burn. You may need to spell paddocks to conserve grass to get enough fuel for effective fires for managing woody cover (Figure 8) and you should also spell paddocks from grazing post-fire to promote recovery of palatable perennial grasses. 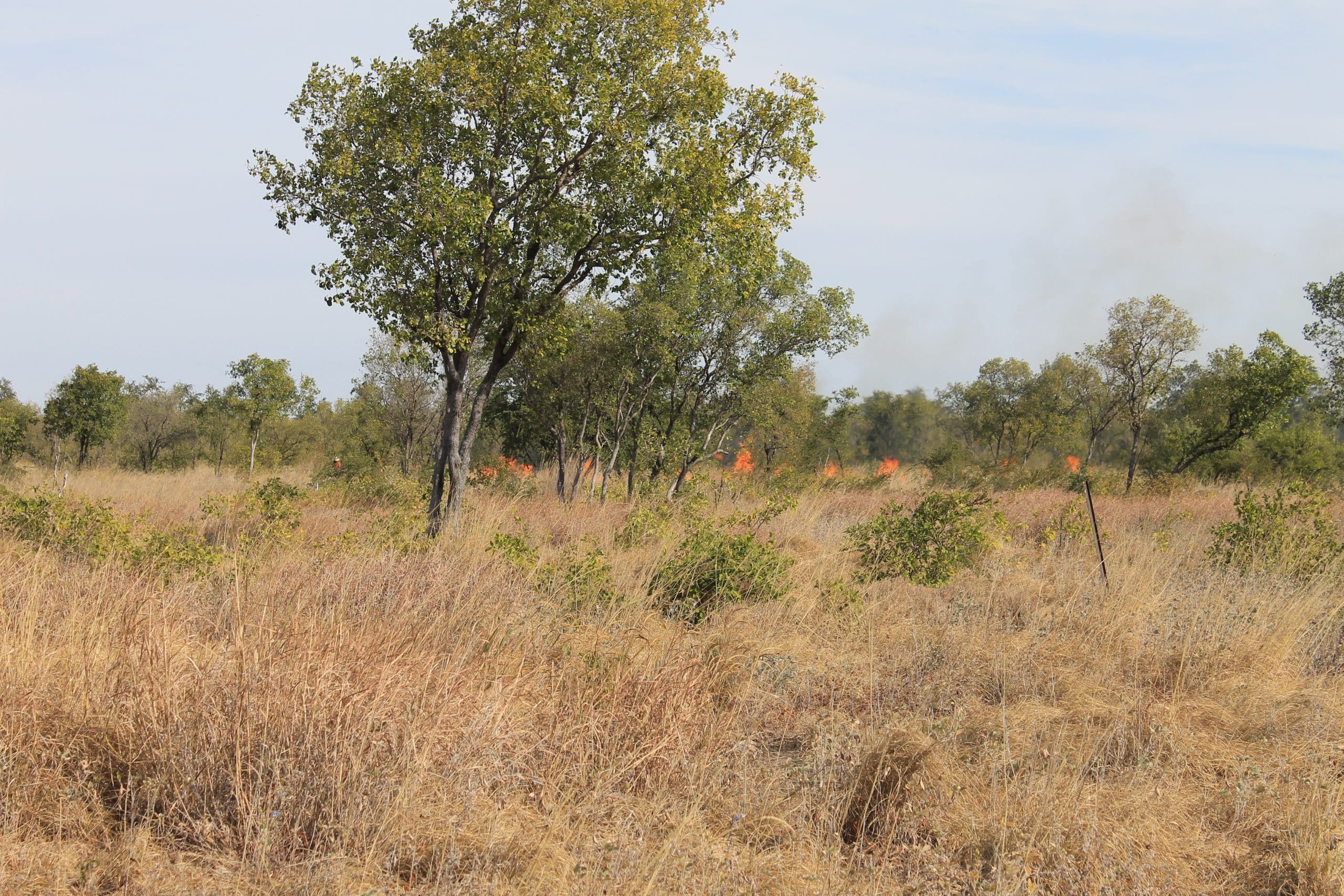 As we have found at Kidman Springs, it can be difficult to fit all your paddocks into a one‑in‑four‑year fire regime. This is not only because you have to find somewhere else for the cattle to go, without overgrazing other paddocks, but also, not every year is suitable for burning. The good news is that only some paddocks may actually need fire to manage woody thickening. The first step is to prioritise which paddocks would benefit from burning, and start from there.  Further information is available at https://futurebeef.com.au/projects/kidman-springs-fire-experiment-shruburn/.

Thanks to the Remote Sensing Team from Queensland Department of Environment and Science for providing Landsat cover data for grazing trial paddocks.